My Adventure as an Intern in Washington, D.C.

Washington, D.C. is a magical area full of American history and culture. I first visited D.C. on an eight grade school trip years ago. We visited most of the museums throughout the area and saw amazing sights but I knew someday I would have to go back when I was older and could truly appreciate and understand the history of my country. During my last year of college, I was chosen to be an intern to Congress for the summer. It was an incredible experience full of adventure and exploration. After departing the U.S. Capitol building each afternoon, my fellow interns and I would hop on the Metro and head in the direction of some new place to explore. We took in every museum, park, governmental building, tunnel, bridge, memorial and monument. We were invited to visit foreign embassies to learn about their customs and culture. We went kayaking on the Potomac River and went jogging every night to the Lincoln Memorial. Being woken up by the sounds of the Rolling Thunder as they rode into town on the morning of Memorial Day and then getting to watch the Presidential address at the Tomb of the Unknown Soldier were highlights of my visit. Watching the Independence Day fireworks from the National Mall with thousands of others from around the country was unlike any other firework displays I have seen. Summer is very hot and humid in D.C. but we were able to make fun out of every adventure we went on. I will always treasure the opportunity I had to serve as a congressional intern in Washington, D.C. and the time I was able to explore this beautiful area full of history and culture. 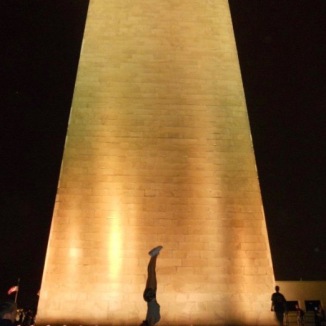 Always have to do a handstand!

Standing at the Lincoln Memorial 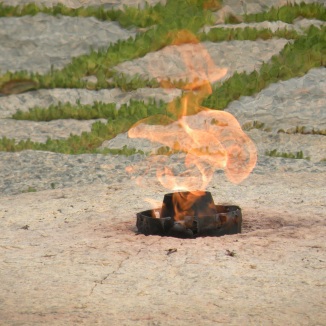 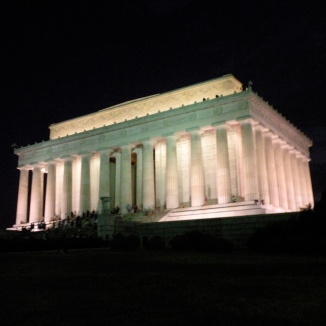 U.S. Capitol Building as Seen From up Inside the Washington Monument

Changing of the Guard at the Tomb of the Unknown Soldier

AfricaAugust 25, 2018
The big day is here.
Follow alexsoutdoorescapes on WordPress.com